This is the week we’ve been waiting for. Since Nov. 20 there have been no high school games in Minnesota, but the shutdown ends with games in winter sports beginning Thursday. There will be lots of action as games get going all over the state on Thursday, Friday and Saturday and going forward, including basketball, hockey, wrestling, Alpine and Nordic skiing, dance, gymnastics and boys swimming and diving.

My plans this week:

FYI: It looks like snow is arriving right on cue so be aware.

A reminder that spectators are limited to 25% percent of capacity up to a maximum of 150 for indoor sports. How schools are managing spectators, pass lists, and things like that is up to each district, so don’t think you can walk in and buy a ticket.

And the wheels continue to turn on making state tournaments happen for winter sports. They will not be what we’re used to, but just the fact that tournaments are on the horizon is wonderful.

Some other things to keep in mind…

--In those sports, the tournaments could take place over two weeks instead of the traditional one week; it’s possible to have all state quarterfinal games the first week, with TV coverage by Channel 45 coming in for all state semifinal and championship games the following week. It would be a lot of games over several days, especially with four classes in girls basketball and four in boys basketball. For TV purposes, all four classes of basketball and both classes of hockey hold their state tournament semifinals and championship games at the same sites – so Channel 45 doesn’t have to set up in multiple arenas – and those sites are unknown at this point. But Xcel Energy Center for hockey and Target Center for basketball have not been ruled out.

--Some sports could see their state tournaments split into classes at different sites, especially for the non-televised tournaments. Flexibility will be needed for all these tournaments, which everyone will understand.

--Interesting note from another state: The Arizona Interscholastic Association this week approved starting winter sports, with everyone required to wear a mask (no exceptions) and also have medical documentation of a negative Covid test for all athletes.

We’re happy to celebrate the continuation of the oldest MSHSL tournament, debate, which has been held every year since 1902. It will happen virtually on Friday and Saturday.

It’s quite the technological marvel that this is happening here. The scholastic debate community all over the country has done great things in moving to online competition, and Minnesota has been one of the leaders.

The host of the morning show on WCCO radio for 32 years announced he will retire from radio at the end of April. Dave is a wonderful person and has been the TV play-by-play voice of the state basketball tournaments for years. And I’m glad to announce that Dave will continue in that role.

Two Hall of Fame boys basketball coaches died recently. Bill Rose of Rothsay passed away on Jan. 7. I didn’t know Bill but I did know Mike Sjoberg, former coach at St. Thomas Academy whose teams won state titles in 1998 and 2007. Mike died on Jan. 5 at 59 years old. We extend our condolences to those families.

Our own Most Valuable Teammate

One of the MSHSL’s own MVTs has announced that she will retire at the end of the month. Yvonne Walsh has been an administrative assistant at the high school league for 20 years, working behind the scenes in many wonderful ways. Those of us who know Yvonne are really going to miss her work as well as her smile. Congratulations to Yvonne. 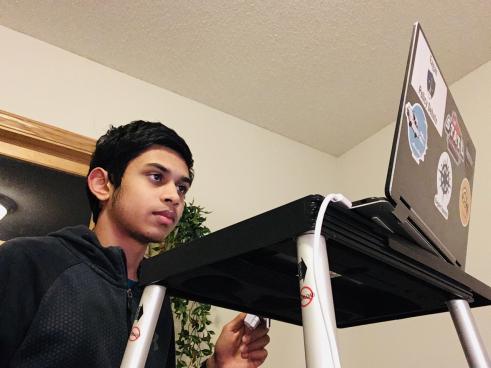