Back in April, the Marshall Independent newspaper provided a preview of the Wabasso High School softball season. Rabbits head coach Tiffany Eichten told reporter Josh VanKlompenburg: “Softball has been a part of my life since I was little and has now become a part of my own growing family. …  I am looking forward to the lifelong lessons and memories that will be made this year.”

She had no idea.

The Rabbits played in the Class A Section 3 playoffs Tuesday in Cottonwood. Having already lost once in the tournament, another defeat would end their season. Wabasso stayed alive by defeating Lac qui Parle Valley 10-0 before losing to Kerkhoven-Murdock-Sunburg 10-7. The Rabbits finished the season with a record of 14-12.

Eichten was extremely pregnant and knew the baby would arrive soon; her due date had already come and gone. When daughter Elloray was born five years ago, she was delivered the day after the softball season ended. Elway, 4, and Jeter, 2, have arrived since.

“I didn’t think it would be that day,” Tiffany told me Wednesday. “I thought, this is kind of like (Elloray), we’ll play and have her the next day.”

Eichten and assistant coach Andrea Ellanson have been leading the Wabasso softball program for seven years and know each other well. As the day went along, Ellanson kept an eye on Eichten. Tiffany confirmed to her that contractions had begun.

“In the fourth or fifth inning of the second game I looked at her coaching third base and I knew something was not right over there,” Ellanson said. “She came into the dugout and I said, ‘How far apart are your contractions? Five, 10 minutes?’ She said, ‘Probably five.’ I asked her if she needed to go and she said, ‘No. I’m fine.’ ”

Tiffany didn’t want to leave her team on such a crucial day, worrying that the players might not be able to focus if she suddenly departed.

During the seventh inning Ellanson sent a text to Tiffany’s husband, Christopher, who was at the game. She told him his wife was in labor and he needed to be ready to get her to the hospital as soon as possible once the game ended.

Following the season-ending loss, Tiffany gathered the team and told them how proud she was of what they had done all season. She stopped in at the ballfield restroom, came out quickly and the race was on.

The original birth plan was a delivery at the hospital in New Ulm. But that was 70 miles from Cottonwood. They considered Redwood Falls, which was a 32-mile drive. They settled on Avera Marshall Regional Medical Center in Marshall, only 14 miles away.

Christopher drove in rapid fashion, with Tiffany and Andrea in the back. At about the halfway point between Cottonwood and Marshall, near the village of Green Valley on Minnesota Highway 23, Tiffany made an announcement: “I think the baby’s coming.”

In the driver's seat, Christopher kept the pedal to the metal. In the back, Andrea was ready.

“I was maybe driving a little above the speed limit,” Christopher admitted with a laugh. “All of a sudden Tiff was very quiet. I was speeding in and out of traffic and she said, ‘I’m having the baby.’ ”

She gave one strong push and their daughter was born. There happened to be a blanket in the vehicle and Andrea wrapped up the baby, who began to cry. A strong, healthy, wonderful cry.

“Within three seconds we could hear her crying and it was pretty cool,” Christopher said. “I was still trying to concentrate on the road.”

Christopher had dialed 9-1-1; the dispatcher asked him to pull off to the side of the road and wait for an ambulance. He did not follow that recommendation. In fact, the ambulance rolled in right behind them at the hospital.

Andrea knew the ambulance crew, who joked with her, “Oh, I guess you did our job for us.”

Mom and baby daughter were in excellent health and spirits afterwards. They expected to return to Wabasso on Wednesday, taking home a wild story that will be retold for decades to come. 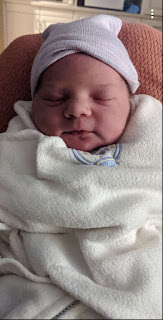 The beautiful baby girl weighed 8 pounds, 6 ounces and was 21 inches long. Her name is Andi Rose Eichten. The name Andi is a tribute to Andrea Ellanson, who coaches softball, yes, but whose “real” job is working as a nurse in Redwood Falls ... an obstetrics nurse.

“I’ve delivered a couple babies before,” she said. “But all of those were in the hospital.

“I told Tiff that I kind of forgot that we lost the game.”

On this day, everybody won.

Christopher drove in rapid fashion, with Tiffany and Andrea in the back. At about the halfway point between Cottonwood and Marshall, near the village of Green Valley on Minnesota Highway 23, Tiffany made an announcement: “I think the baby’s coming.” 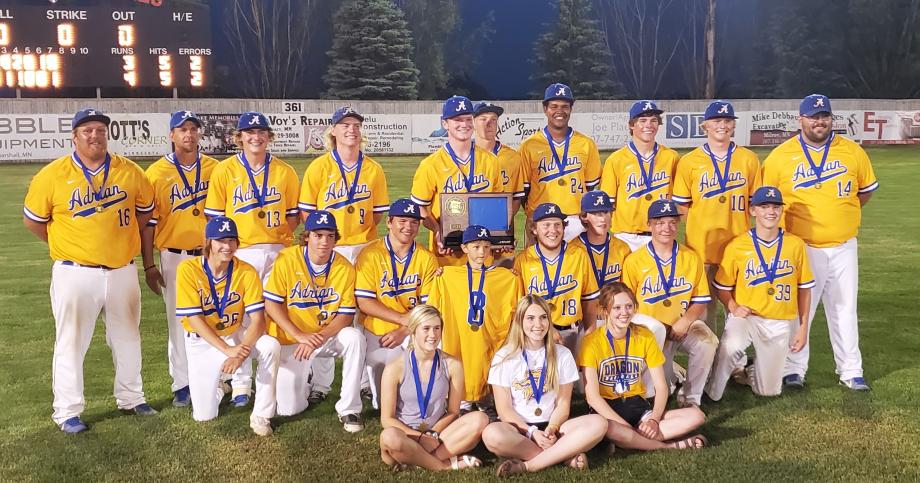 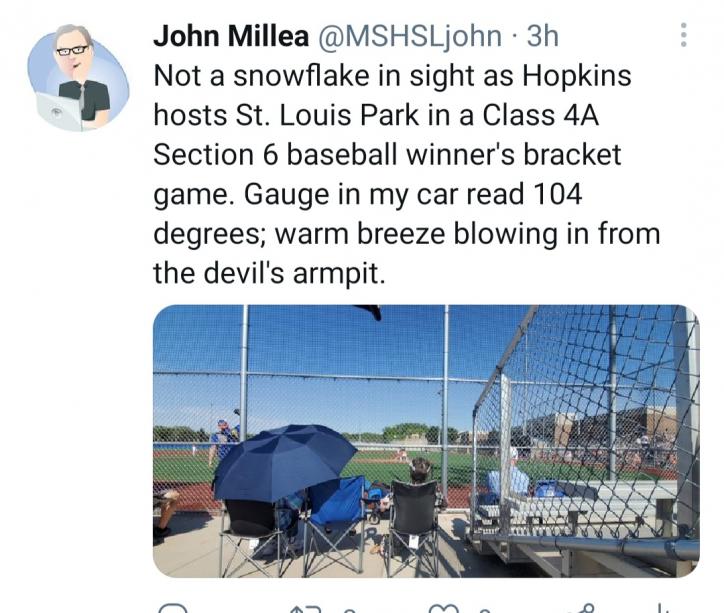