John’s Journal: On Day One, Spring Has Sprung

Returning To Normalcy On A Beautiful Day 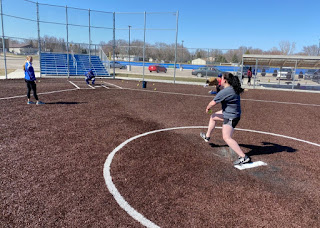 All over Minnesota, Monday was a great day. The weather was among the reasons, with temps in the 70s in parts of the state and bright sunshine mixed with strong winds that blew a few hats off kilter and sent some golf balls in a not-exactly-aimed-for direction.

It was day one, or more properly, Day One of spring sports practices and to say everyone was thrilled would be an overall understatement.

It was quite the turnaround from one year ago, when a few spring sports had conducted a few practices before everything was stopped cold by the Covid-19 pandemic. After a wait of basically two years, this is better, much better.

“The girls were excited and the coaches hardly slept last night as we couldn’t wait to get back on the track,” Rochester Century girls track coach Kris Allen wrote in an email.

“The kids are so resilient, so positive -- there is just no downside to starting back up. We will enjoy every second of every minute we get. Everything just seems better and brighter when participating in something you love.”

Monday was Day One for track and field, golf, baseball, softball, boys tennis and adapted softball. Lacrosse practices will begin next Monday.

In what was certainly pure happenstance, Sunday night’s telecast of 60 Minutes on CBS had a strong high school sports flavor. One of the stories focused on Dave Kindred, who is among America’s top sportswriters over the last half-century and is now retired and living near his little hometown in central Illinois.

Dave began attending games played by the girls basketball team at Morton High School, the Lady Potters. Being a reporter, he began taking notes and then writing stories after each game for the team’s website. Kindred went through tough times personally – the death of a grandson (about which he wrote a book titled “Leave Out The Tragic Parts”), the passing of his mother and his wife becoming an invalid after a massive stroke.

That high school team became very special to Kindred. “What started as fun became life-affirming,” he said. “This team did save me. This team became a community. It became my friends. My life had turned dark. You know, they were light. And I knew that that light was always gonna be there, you know, two or three times a week.”

After the Lady Potters’ first game of the 2020-21 season – just like in Minnesota, with limited crowds and players wearing masks – Kindred wrote these eloquent words: “We've lost so much that was so long familiar. Then the Potters gave us a gift. They played a game. … The joy that high school athletes feel when every trip down the court is a trip toward possibility. Joy in these days. So long without joy." (Here's a link to the 60 Minutes story: https://www.cbsnews.com/news/dave-kindred-local-sportswriter-60-minutes… )

That type of joy is in full force in our state right now. As MSHSL associate director Bob Madison posted to Twitter on Monday: “Welcome to the first day of spring sports, the final week of State Hockey and first week of State Basketball!” 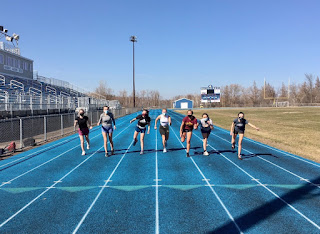 Joe Hansen, golf coach at Triton, wrote about what Day One meant to him...

“For golfers it's been nearly 22 months since we last had a practice (not counting the few weeks this past fall when most of my players were playing other sports). The one word I would use for myself is ‘EXCITEMENT.’

Tom Maki, coach of the Northern Freeze softball team, was equally excited about the season finally getting underway.

“Honestly, lots of nervous energy! I'm very excited that we get a chance to be out on the field. Some of the spring (softball specifically) athletes haven’t been on a school team in close to two years. I have a veteran team, eight of nine returners will be juniors and seniors. That being said, when last they took the field they were frosh and sophs, I am going to always keep that in mind.

“Thank you for the platform you provide for MN high school sports. It is fun to follow what is going on in and around the state. This has been such a trying 13 months for everyone, I hope everyone has a healthy, rewarding season and I hope coaches take a moment to acknowledge how far we have come to be able to take the fields across the state today!”

Have a great spring, everybody. You’ve earned it.

“The kids are so resilient, so positive -- there is just no downside to starting back up. We will enjoy every second of every minute we get. Everything just seems better and brighter when participating in something you love.”
Rochester Century girls track coach Kris Allen 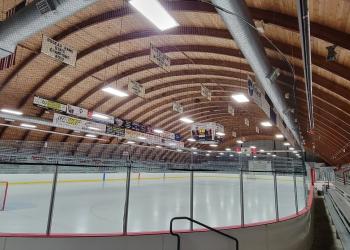 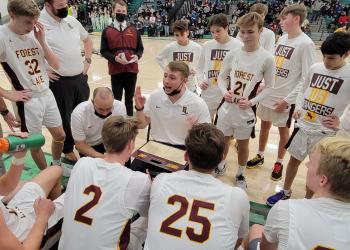