One Win From Becoming Third Boys Hoops Coach With 900 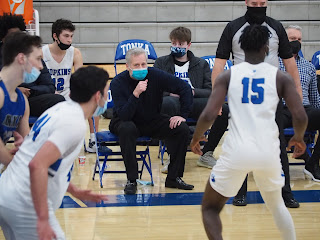 Whenever people talk about boys basketball at Hopkins High School, specifically the coaching staff, there are some shortcuts in the terminology. There is Junior and there is Senior. There is Kenny and there is Ken.

Ken Novak Jr. (Kenny or Junior) has been the Royals head coach since 1990, and Ken Novak Sr. (Ken or Senior) until this season was a member of his son’s coaching staff for as long as anyone can remember. Junior played at Hopkins Lindbergh when Senior was the coach there, including a state tournament team in 1974 when Junior was a senior.

Ken Jr. is on the cusp of becoming only the third boys basketball coach in Minnesota history to win 900 games. He will take 899 career victories into a Tuesday night game at Chaska. His father won’t be there, which is a heartbreaking fact.

Ken Novak Sr.’s health has been in decline and he and his wife Joanie are residents of an assisted living center. Ken will be 92 years old on March 26.

A 1978 graduate of Augsburg College, Ken Novak Jr.’s first head coaching job was at Blaine High School. His father has been one of his assistant coaches ever since.

“We’ve been together a long time,” Ken Jr. said. “I played for him, I came over to Blaine and very quickly he became my assistant there. And ever since that time we’ve been doing it together. He’s very responsible for what we’ve done.”

Novak Sr. was head coach of the Hopkins sophomore team for years, working with the kids on fundamentals so they would be prepared for varsity action. That type of structure and preparation has helped make Novak Jr. the winningest active coach in Minnesota.

The career leader is Chisholm’s Bob McDonald (who retired in 2014 and died in 2020) with 1,012 victories. Rocori’s Bob Brink retired in 2012 with 936 wins. Novak is third with 899 and Dave Galovich of Crosby-Ironton (Ken Novak Sr.’s alma mater) is fourth with 747 career wins. The career leader among girls basketball coaches is New London-Spicer’s Mike Dreier with 967 wins.

McDonald coached until he was 81 and Brink retired at age 74. Novak is 64 and has no plans to step down; he has retired from teaching social studies at Hopkins.

“I’ve said for years I’m going to do this for as long as I enjoy it,” he said. “And I do really enjoy it. I’m in my heaven when we’re at practice and there’s no one else in the gym.” 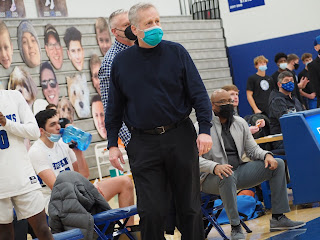 That’s where all the success Hopkins has enjoyed is built; the Royals’ practices are orderly and precise with no wasted time. The results are impressive:

--Novak ranks second in state championships with eight. The leader is DeLaSalle’s Dave Thorson with nine; Thorson is now an assistant coach at Colorado State.

--Novak is No. 1 in state tournament appearances with 18, followed by former Rushford-Peterson coach Tom Vix with 16 and Thorson with 15.

Dale Stahl, who has been one of Novak’s assistant coaches since 1996, said winning isn’t what drives Kenny.

“He’s not concerned about the record. I think what has made our team so consistent is that he approaches every practice and every minute with the players as an opportunity to pursue excellence. He instills that, it’s kind of his personal drive. He’s always pushing himself to be excellent, instilling that in the kids, and never letting things proceed if isn’t excellent. People would be surprised if they went to our practices at how few different things we do. If we’re working on something and it’s not excellent, we keep working until it is.

“He’s a great teacher. One of his favorite sayings is it doesn’t matter how much about basketball he knows, it’s how much the players know. He’s really good at teaching, not only how but why. With everything we do, he really goes out of his way to explain why we’re doing it and what we’re trying to accomplish.”

Novak Jr.’s playing career was derailed by a knee injury in his freshman year at Ausgburg. It was a torn ACL, which he said, “back then in the ‘70s it was kind of a death sentence.”

He tried to play as a sophomore and re-injured the knee. Augsburg coach Erv Inniger gave him the opportunity to work as a student assistant coach, and a career was born. He also held odd jobs while working as a young coach; he cleaned a movie theater after games and owned a painting business. But coaching and teaching was always where he was happiest.

“We try to teach our kids to be coaches, we want them to coach each other,” he said. “The teaching element is really strong.

Novak Jr. also coached girls and boys tennis at Hopkins for years, including his own children.

“I think he’s one of those guys who could coach just about any sport,” said Dan Johnson, who has been the Hopkins activities director since 1999.

Novak was inducted into the Minnesota Basketball Coaches Association Hall of Fame in 2013 and the Minnesota High School Basketball Hall of Fame in 2019. He’s not concerned at all with reaching 900 wins, saying, “I’d rather just kind of have it go away. We don’t want to start focusing on something that just isn’t significant. This is what I preach to our players, you don’t want to focus on some things.”

Instead, Novak and his players remain focused on what they can do to improve; the next game, the next challenge.

“I’ve said for years I’m going to do this for as long as I enjoy it. And I do really enjoy it. I’m in my heaven when we’re at practice and there’s no one else in the gym.”
Ken Novak Jr.