John’s Journal: The Most Important Play Of 2020

As we come to the football state semifinals at U.S. Bank Stadium this week, the very first game on the three-day schedule offers a look back to the 2020 football season and one of the most inspirational stories you will ever read.

I wrote last November about Brody Larson, who was then a senior at LeRoy-Ostrander. At 4 feet, 4 inches tall, 86 pounds and having Hurler Syndrome, Brody was never able to become a football player … until a special occasion on Senior Night last year.

Brody has graduated and his dad, Kyle Stern, remains a member of the Cardinals coaching staff. The Cardinals will meet Kittson County Central in the first of 14 state semifinals – with a start time of 11:30 a.m. Thursday – and Brody will be there as he continues to serve as a team manager.

As I wrote last year after Brody’s big night, “This was a dream come true, as well as a testament to friendship, sportsmanship and inclusion. It was the absolute best of high school activities.” 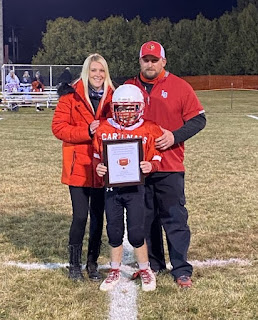 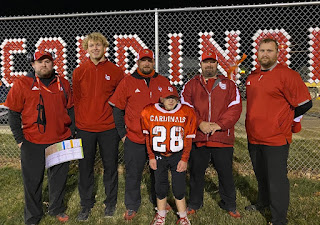