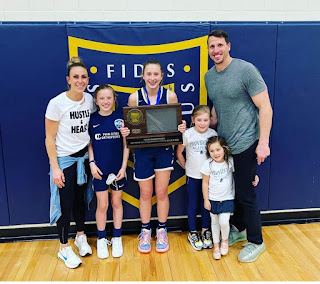 Chad Greenway has played in plenty of big games. He was an All-American linebacker at the University of Iowa and a two-time Pro Bowl selection during his 11 years with the Vikings.

He’s become more of a spectator since retiring from football in 2017. This week, Greenway will be cheering for his daughter Maddyn and her Providence Academy teammates at the girls state basketball tournament.

He said Maddyn is thrilled at the opportunity to play at Target Center, and he advised her to give it everything she had and enjoy every moment.

“I told her I went to one NFC championship game and never made it back, so don’t take this opportunity for granted.”

The Lions (21-1) will meet New London-Spicer (23-0) in the Class 2A semifinals at 5 p.m. Tuesday at Target Center. The winner will advance to Friday’s 3 p.m. championship game against either Albany or Glencoe-Silver Lake (they play at 2 p.m. Tuesday). There are no consolation brackets or third-place games this year, so teams that fall in the semifinals will see their seasons end.

New London-Spicer coach Mike Dreier is the state’s career leader in girls basketball victories with 983 in a 43-year career that includes 19 trips to state and championships in 1997 and 2002 along with six second-place finishes.

This is Providence Academy’s third appearance at state. The Lions qualified in 2011, won the 2A title in 2012 and had advanced to the state semifinals last year before the tournament was halted due to Covid-19.

Maddyn Greenway, a 5-foot-6 seventh-grader, leads the Lions in scoring with a 21.4 average. She scored a career-high 34 when Providence Academy defeated Southwest Christian 74-47 in the Section 5 tournament final and had 32 in last week’s state quarterfinals as the Lions held off Duluth Marshall 94-91; Marshall senior Gianna Kneepkens scored a state-record 67 in that game.

“I’ve never seen something like that,” Chad Greenway said of Kneepkens’ performance. “She scored 67 and dare I say it was a quiet 67, she was just methodical and shot the ball really well. Maddyn got an opportunity to guard her off and on, and for us to kind of be the better team and come out on top was special.”

Maddyn is the oldest of four daughters of Chad and his wife Jennifer, who was a multi-sport high school athlete in Illinois and captain of the University of Iowa track and field team. Both Chad and Jennifer have helped coach their daughters’ youth basketball teams. In fact, Chad had coached all of Maddyn’s teams until this season.

“Now I’m a fan and a dad,” he said with a chuckle. “It’s a challenge, you can’t control anything. You’re cheering, you’re rooting, it’s been a lot of fun. You get such a proud feeling of seeing the work meet with the opportunity. She cares so much about the game and being good at it eventually and continuing to work at it.”

Chad was a multi-sport high school athlete in Mount Vernon, South Dakota, competing in nine-man football, basketball, baseball and track and field. He led his football team to two state championships and was named South Dakota's player of the year. He was a record-setting track and field performer who still holds a state meet record in the triple jump. He says his favorite sport was basketball, and he was probably headed to a college basketball career before Iowa offered a football scholarship.

Now the former football star is president of the Wayzata Girls Basketball Association. His daughters are active in basketball, soccer and other sports. He said Covid-19 “kind of drove us to Providence Academy,” which is in Plymouth.

They live in the Wayzata school district, but “Providence Academy was being diligent and thorough about safely having in-person school,” he said. “We’ve really had a great experience there, and we’re raising our kids Catholic so that fits really well. The basketball piece kind of fell into place. We thought, ‘If she can play varsity at this level, let’s get her in.’ They needed a point guard and she fit that mold. 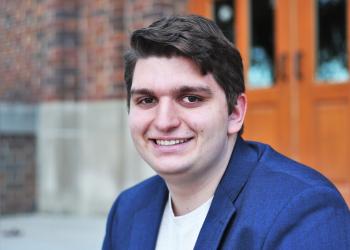