John’s Journal: The Payoff From 50 Years Of Title IX

“They Paved The Way, They Showed What Women Can Do”

Eight of the 16 head coaches at this week's girls state hockey tournament are female.

When I think of Title IX and how far athletics for girls and women have advanced in my lifetime, I think of some names that are familiar to most Minnesota sports fans and some that are not.

Title IX of the education amendments of 1972 became law that year, now 50 years ago. It states: No person in the United States shall, on the basis of sex, be excluded from participation in, be denied the benefits of, or be subjected to discrimination under any education program or activity receiving Federal financial assistance.

I was a kid in 1972, a kid who never knew that girls didn’t have equal opportunities in high school sports. My female friends were on our school’s basketball, softball, track and golf teams and that’s how the world was. But this world was small-town Iowa, where Title IX wasn't needed to bring the massive changes to high school sports that it did in Minnesota and most other states.

Iowa girls began playing high school basketball in the 1920s and never stopped, even when most of the country (meaning men making the decisions) decided it was unseemly or unhealthy for females to exert themselves. So I grew up in a time and place where girls had every opportunity that boys had. The annual Iowa girls state basketball tournament was one of the state’s mainstays, with big crowds at Veterans Memorial Coliseum in downtown Des Moines and TV coverage that blanketed the state. Iowa girls played six-on-six basketball in those days, a strange game in which no player crossed the center line. But that game produced plenty of superstars, with Jeanette Olson and Denise Long among the greatest.

Olson was from the small town of Everly, which was in the same conference as my hometown school in Graettinger. The Everly Cattlefeederettes met Denise Long and the Union-Whitten Cobras in the 1968 single-class state championship game, and it was epic. Olson scored 76 points and Long had 64 as Union-Whitten won 113-107 in overtime in what’s been called the Game of the Century.

Olson and Long would have loved to play college basketball at the University of Iowa or Iowa State, but those schools did not yet have the women’s game. Title IX changed that.

I HAVE STRONG MEMORIES of those Iowa girls state basketball tournaments, as will fans and participants in the 2022 Minnesota girls state tournaments held during this 50th anniversary of Title IX.

“I feel like my generation was kind of the first wave for people to take very seriously; before that were the pioneers,” Northfield girls hockey coach Paige Haley, a 2013 graduate of Red Wing High School and one of eight female head coaches in the 16-team tournament, said during this week’s event at Xcel Energy Center. “They paved the way, they showed what women can do.”

Much of the growth of sports for high school girls in Minnesota can be attributed to the work of Dorothy McIntyre, an Iowa native who oversaw the addition of girls programs as an MSHSL staff member for more than three decades before retiring in 2002.

Most sports for high school girls in Minnesota began in the 1970s. The first MSHSL state championship in girls track and field took place in 1972, followed by basketball, volleyball and tennis in 1974, gymnastics, dance and cross-country in 1975, Alpine and Nordic skiing in 1976, softball and golf in 1977. Soccer held its first state tournament in 1980, girls hockey did the same in 1995 and lacrosse in 2007.

One outlier is girls swimming and diving. The MSHSL held state championship events from 1924 to 1942, at which point they were stopped until resuming in 1975.

ON A MID-NOVEMBER EVENING in 1999 the future of girls hockey in Minnesota was on display at Eagan Civic Arena. The teams from Eagan and Park Center opened the season before a full house of fans who witnessed history.

Park Center’s star was senior Krissy Wendell, who scored seven goals in a 10-4 win for the Pirates. Eagan sophomore Natalie Darwitz, hampered by an injury, scored twice for the Wildcats.

Wendell and Darwitz are among the early superstars of girls high school hockey. They grew up playing with boys, became teammates at the University of Minnesota, own Olympic medals and have been inducted into the U.S. Hockey Hall of Fame.

“I remember going to the U and watching Krissy Wendell and Natalie Darwin,” said Haley, who went on to play for the Gophers. “Little did I know that's where I would end up in college. You're watching them and you're like, ‘Oh, OK, we can be legit like that.’ ”

Another layer of legitimacy for girls sports will be added during next week’s state wrestling tournament at Xcel Energy Center. For the first time, there will be girls-only competition.

Two girls have qualified for state wrestling in past years, competing against boys. The first was sophomore Elissa Reinsma of Fulda/Murray County Central in 2009. She returned again in 2011 (she was injured in 2010). Emily Shilson, wrestling for Centennial and Mounds View, went to state three times and now is a member of the women’s wrestling team at Augsburg University.

During this week’s hockey tournament, Edina coach Sami Reber was asked about how far girls sports have come.

“It's so special,” she said. “And I'm so glad that the game has grown to what it is because it gives these girls the opportunities that they have always deserved.”

As these tournaments continue, here’s a suggestion: Come to the games, bring your young daughters and sons. Give them the opportunity to see these athletes, especially these female athletes, and let them dream. 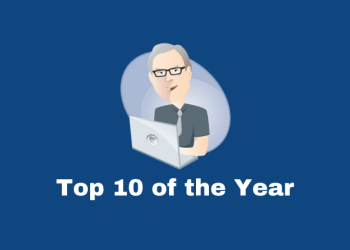 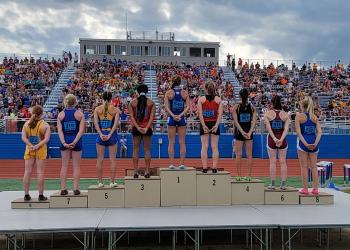 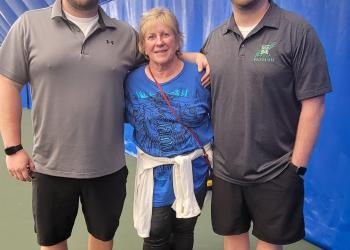