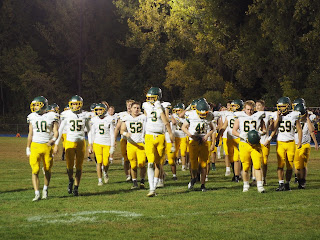 Since about fourth grade, Phillip Klaphake knew he wanted to be a coach. He comes from a family of coaches, and as the head football coach at Sauk Rapids-Rice put it, “I don’t know if I’m good at anything else. Coaching is in our blood, for sure.”

Klaphake’s grandfather, Wayne Hasz, coached boys basketball at Lester Prairie from 1968 to 1996 and is a member of the Minnesota Basketball Coaches Association Hall of Fame. His father, Glenn, was a longtime coach and athletic director. Glenn was the athletic director at Princeton High School when his son was first a ball boy at football games and then a four-sport athlete himself.

The Storm is having an outstanding 2021 season, with four wins in as many games going into Friday’s home game against Bemidji. It’s the program’s first 4-0 start since 1994.

Like their coach, many of the current Storm football players are well-versed in other sports. The Sauk Rapids-Rice basketball team played for a section championship last winter and the baseball team went to state in the spring.

“We have a lot of winners on our team, some seniors who have played a lot of football and are really confident,” said Klaphake, 31. “I’ve watched them play a lot of other sports. They just kind of know how to win.”

Success in other sports is not the only reason for the football team’s strong showing at the halfway point of the regular season. The Storm players, including 21 seniors, are a close group of friends.

“I think it's really special,” said senior wide receiver/defensive end Carter Loesch, who has committed to play football at Minnesota Duluth. “The biggest thing is that we're all really close friends, that's why I think we're so successful. We all hang out. It's not just during football, it’s all the time.”

A growing enrollment over the years has elevated Sauk Rapids-Rice to where it is now, a Class 5A football team. The Storm, once in the Rum River Conference, are now a member of the Central Lakes Conference

“It got tough,” Klaphake said. “We’ve had some growing pains but we’ve always had talent. We started playing schools that were bigger than us. I’m not going to take any credit. We’re growing into a 5A school and learning what takes to be successful against the Bemidjis and Brainerds and Moorheads of the world.

This year’s football success has hinged on a fast, multi-faceted offense and an equally quick-footed, swarming defense. In last Friday’s 33-7 win at Cambridge-Isanti, quarterback Dominic Mathies completed 13 of 20 passes for 253 yards and three touchdowns while also running for a pair of scores. Andrew Harren caught six passes for 115 yards, including a 58-yard touchdown toss from Mathies.

After Cambridge-Isanti drove 76 yards to score on its opening drive (a 27-yard pass from Ari Sullivan to Colton Skoglund), the Bluejackets were held out of the end zone the rest of the night.

The Storm plays with plenty of energy, and much of that begins with the coach.

“He definitely has the most energy on the team, even though it should be one of us,” said senior Cole Ackerman, the team’s leading tackler. “But he makes practice a lot of fun, he knows what he's doing, he has a really good mind for football. He knows both sides of the ball, he's a really good coach.”

If everything goes right, the Storm could reach the state football playoffs for the first time since 2010 … a year after their coach graduated from high school.

“A lot of my defensive coaches have been on staff for a long time and it’s fun to listen to their stories,” Klaphake said. “We’re starting to get this thing rolling and be a competitive program.”

Obituary And Service Information For Our Friend Bozo Wincek 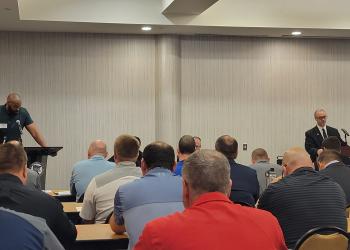 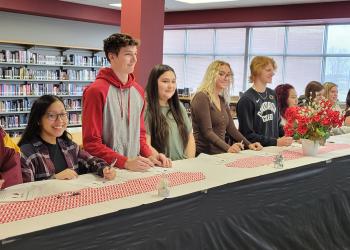 May 9, 2022 |
John's Journal
In 2018 Maple Lake became the first high school in Minnesota to hold a signing ceremony for future teachers. Burnsville did the same in 2018 and Willmar joined in 2019. The pandemic put a stop to such gatherings but they are back in 2022. 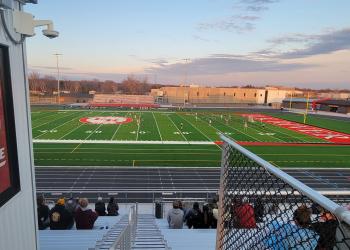 May 6, 2022 |
John's Journal
Elk River’s stadium, which includes new bleachers, digital scoreboard, press box, a concession/ticket/restroom building, storage areas, team rooms and a room for officials, is among the finest at any Minnesota high school. 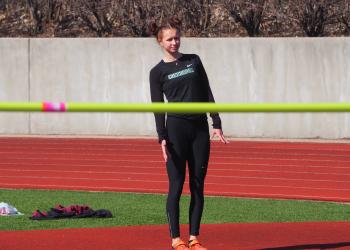 April 28, 2022 |
John's Journal
Concordia Academy senior Shaina Zinter might not know a lot about Heather Van Norman, but she has thought about making a similar mark by winning a state team title all by herself.