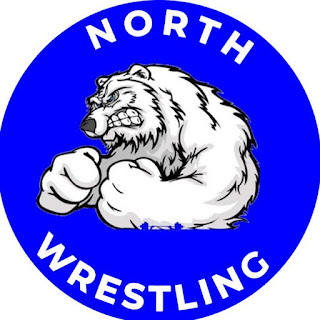 The last North wrestler to advance to the state tournament was Kenyan Porter in 2018. Previous to that, Carlton Littlejohn went to state in 2008 and 2009, Ronald Buck did so in 2006 and 2007, and Thomas Ray got there in 2003. The last Polars to finish on the podium at state were second-place finishers Evan Blanks in 1998 and Darnell Green in 1997. Eight others have placed from third to sixth at state since 1971. North has never had an individual or team state championship.

As waiting continues before the delayed 2020-21 winter season begins, new head coach Malique Trumbo is anxious to get started. He is the 10th head coach in school history since North’s first wrestling team in 1946-47.

“I’m an advocate of wrestling, how it builds people, but I’m more an advocate of inner-city wrestling,” said Trumbo, 24, who was hired in late October. “There are so many talented kids in the Minneapolis community.”

That talent has been apparent on the prestigious North football and basketball teams for years, and Trumbo wants to take the wrestling program to a similar level. Last year’s team finished with a roster in the low single digits, and more than 20 kids have registered for this season. That’s a strong start.

“I am very passionate about building inner-city wrestling and providing youth the opportunity to participate in wrestling, do well and help kids achieve their dreams,” said Trumbo, who wrestled at Bloomington Jefferson and York College in Nebraska.

“My goal is to help kids become successful human beings. I want to help break family generations of kids not going to school and kids falling into the streets and getting in trouble with the law and not being successful in school and life. I want to change that.”

One of his first steps was initiating a Go Fund Me campaign to raise donations for the wrestling program as well as a new non-profit Polar Wrestling Club, with a goal of providing year-round wrestling activities. (Link:  https://www.gofundme.com/f/supporting-north-minneapolis-wrestling )

Trumbo, who wrestled and played football in high school, always knew he wanted to be a head coach under the right conditions.

“I just wanted to be a head coach,” he said. “I didn’t want to take over someone’s program and someone’s culture. I wanted to start fresh and build something, build a program, a culture and a tradition.

“My biggest coaching style is loving the kids. I feel if you love the kids, everything else will fall into place. Unconditional love, that’s important to me.”

Jay Grady, a senior captain who is preparing for his fourth season on the team, said the previous largest roster consisted of around 10 wrestlers.

“I’m very excited,” he said. “I can’t wait for the year to start. This is by far the biggest.”

Another senior captain, Jamario Roberson, is a football player who is wrestling for the first time since middle school.

“I felt like it’s a good program to go into and help the program grow,” he said. “I want to finish out with a bang and do as many sports as I can.”

Of Trumbo, Jamario said, “He’s a good coach. I think he can take this program pretty far and have it turn out like football and basketball.”

That’s one of the goals: bring the Polars program to a high level.

“Give us a few years to build the culture,” Trumbo said. “That’s why I’m at North.

“The goal is to change the persona of what Minneapolis North wrestling is all about, to bring that dominance back to Minneapolis and to North in particular. The wins and everything else will come naturally from that dedication to be better versions of themselves.”

Right now, the Polars are waiting for the Covid-19 sports shutdown to be lifted by Gov. Tim Walz. When that happens, they will be ready to go.

“Once we’re given the green light, we know what the guidelines will be and we’ll be ready on day one,” Trumbo said. “We have practice plans set up. As soon as that light turns green, we’ll be ready.

“The number one goal is to have a season of some type. I don’t care if it’s five or six weeks, I don’t care if there’s a postseason. One of the biggest goals to take away from this year is retention. We want to build off this year. We should have 20 guys back next year and if they each bring one more guy, we’ll have 40. The goal is to change the persona of what Minneapolis North wrestling is all about, to bring that dominance back to Minneapolis and to North in particular.”

“My biggest coaching style is loving the kids. I feel if you love the kids, everything else will fall into place. Unconditional love, that’s important to me.”
Minneapolis North wrestling coach Malique Trumbo