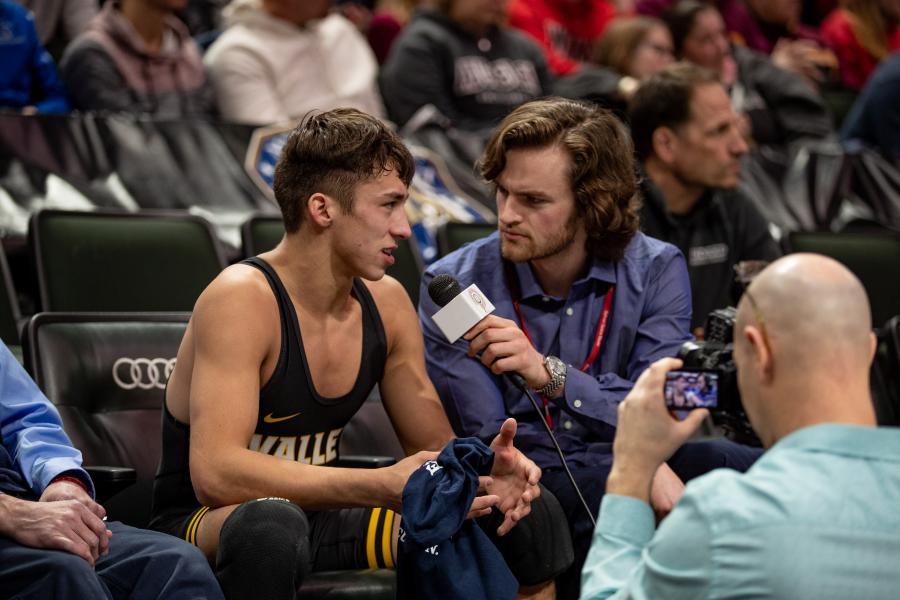 The League’s media partners serve an important role in sharing the stories of member schools, its participants and their communities. Journeys to the League’s state tournament events are moments that are captured by these various forms of media coverage.

These media members are also represented by individuals in their field on the League’s Media Advisory Committee. This group meets annually to discuss media trends, policy guidelines and the constant evolution of media as it relates to the coverage of League participants and their communities.

KSTC-45TV is the exclusive television broadcast partner of the Minnesota State High School League. The broadcast agreement extends through the 2030-31 school year.

Radio stations that register with the League become members of the MSHSL Media Group. Membership includes waiving of fees to broadcast section and state tournament events.

Newspapers and periodicals have covered the League’s activities since its inception in 1916.

Accredited online news-gathering organizations are recognized as media partners of the Minnesota State High School League. The League retains the right to review each credential request from website applicants.

Reporters and photographers from over-the-air stations and/or education-based community media systems shall be allowed access on all days of most state tournaments/meets for spot news coverage, except those events that are broadcast live by 45TV.