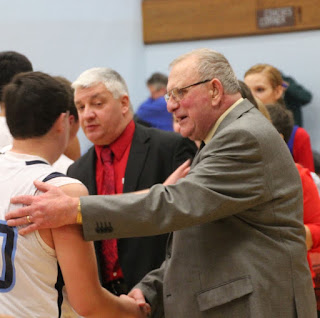 Bob McDonald, the iconic son of Chisholm and basketball coach who won more games than any coach in any sport in Minnesota high school history, has died. McDonald, who had tested positive for Covid-19, passed away Wednesday morning in Hibbing. He was 87.

McDonald coached high school boys basketball in Minnesota for 59 years, compiling a record of 1,012 wins and 428 losses. He began his coaching career in 1959 with four seasons at McGregor, then two at Barnum before returning to his hometown of Chisholm for the 1961-62 season. He led the Bluestreaks through the 2013-14 season, a span of 53 years that included three state championships and 11 state tourney appearances.

In 1,440 games he was never whistled for a technical foul. He also liked to sometimes mention that he never tasted alcohol or smoked tobacco.

In addition to his lengthy career and his teams’ success, McDonald was the father of six children – four sons, two daughters-- who were All-State players and went on to become basketball coaches. 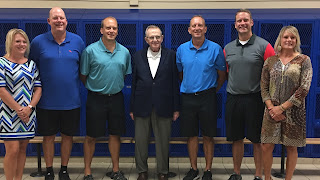 A history and social studies teacher for 40 years, McDonald also coached track and field in Chisholm for decades, winning a state team title in his final season (2001).

McDonald was only the third boys basketball coach in Chisholm history: Harvey Roels 1923-55; O.J. Belluzzo 1955-1961 and McDonald 1961-2014. The Chisholm gymnasium, a crackerbox of historic proportions, has been called Roels Gymnasium for decades. In 2017 the facility added another name: Bob McDonald Court.

Before that ceremony, I was “backstage” with Bob and his family in the locker room that was so familiar to everyone. As we chatted about the day’s honor, Bob smiled as he said to me, “I hope they’ve done renovations in the gym after all the paint I peeled off the walls with my shouting."

McDonald was born June 25, 1933 and grew up less than two blocks from Chisholm High School. After he graduated in 1951, he accepted a basketball scholarship to the University of Michigan. Homesick after one semester in Ann Arbor, he returned home and attended Hibbing Community College before completing his education at Minnesota Duluth, where he led the Bulldogs in scoring in the 1953-54 and 1954-55 seasons.

Bob’s family had Croation roots and as a young child Croation was the only language he could speak. He was born Robert Perkovich and the family name became McDonald when his mother, Mary Perkovich, married Ray McDonald. Bob led annual family trips Croatia every summer for years, leading a group of children and grandchildren to a country where he could speak the native tongue. He helped his family members learn to speak the language, sometimes smiling as he taught them how to curse in Croatian.

Bob and his wife, Darlene, were married for 43 years and had six children. The oldest was Mike (Chisholm class of 1975), followed by Paul, Sue, Tom, Judy and Joel (class of 1991). Currently, Mike is the longtime boys basketball coach at Cambridge-Isanti High School, Tom coaches at Ely High School and Joel at Hibbing High School. Paul retired in 2019 after 29 years coaching men’s basketball at Vermilion Community College in Ely. Sue (Tesdahl) coached girls basketball at Crosby-Ironton and Judy (Racek) coached at Nashwauk-Keewatin and Fairmont.

Among Bob McDonald’s grandchildren, Rhett McDonald (son of Mike) is the boys basketball coach at Duluth East, Bryce Tesdahl coaches the boys team at Minnetonka and Brock Tesdahl is an assistant boy coach at Hopkins. 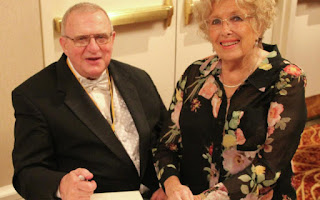 Darlene died of cancer in 1997. Bob and Carol Tiburzi (pictured), who had attended the prom together in high school, reunited and married in 2000; Carol’s husband, Robert, had died in an airplane crash in 1993.

The lobby of Roels Gymnasium/McDonald Court is a virtual Chisholm Hall of Fame. Over the decades, McDonald displayed photos, newspaper clipping and other memorabilia on the walls. One photo shows the 1950 Bluestreaks basketball team, champions of the Iron Range Conference. The team includes a lanky boy wearing number 9, glasses and a crewcut ... Bob McDonald.

The lobby also includes a photo of Dr. Archibald Graham, a Chisholm physician who was made famous in the 1989 movie “Field of Dreams.” Bob McDonald and Doc Graham, who died in 1965, were good friends.

McDonald left little in doubt about how his teams operated, whether it was on-court strategy or off-court rules. On the wall inside the home locker room, McDonald posted a handwritten seating chart for the bus (including where the driver will sit), and these regulations: "No electronic equipment on bus. No seeds. Keep noise down. No singing or raucous behavior. Stay in assigned seats. No single seating."

The players wore suits and ties, just like their coach, on game days. There were no headphones, earrings, fuzzy chins or tattoos. On the court, McDonald’s teams had two main trademarks: short hair and full-court pressure.

“I don't know how to put it,” McDonald told a reporter in 2003. “I do what I do, and it just kind of escapes me. Sometimes I think I'm more interested in the number of games I've coached than the number of ones I've won.” 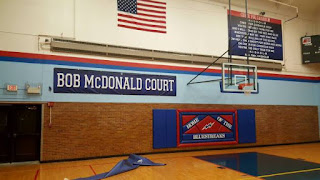 In an example of Chisholm basketball bloodlines, the 2002-2003 team included two players, Pat Rahja and Tony Antonutti, whose grandfather, Walter Rahja, was the Bluestreaks’ team captain and first All-State player in 1921.

McDonald’s first two seasons coaching the Bluestreaks were the final two years of high school for Joel Maturi, who was the University of Minnesota athletics director from 2002-2012.

“I don't remember the wins and losses as much as I remember the demanding of excellence," Maturi said. "There were not a million rules, but there were rules. We had to wear hats, boots, gloves or we ran as punishment. We had to be home by 9, and he'd call our parents to check."

During the 2002-03 season, the Chisholm players were asked to describe their coach with one word. Junior Shea Amic was the first to reply, saying "discipline."

That same year, Maturi said, "He's maybe more mellow. I'm only 58 now, and I still call him Coach McDonald. Not so much out of fear anymore, but out of respect."

“I don't know how to put it. I do what I do, and it just kind of escapes me. Sometimes I think I'm more interested in the number of games I've coached than the number of ones I've won.”
Bob McDonald in 2003 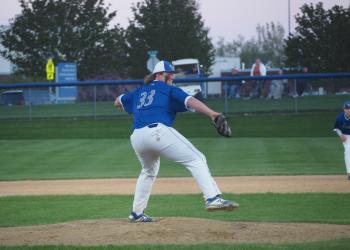 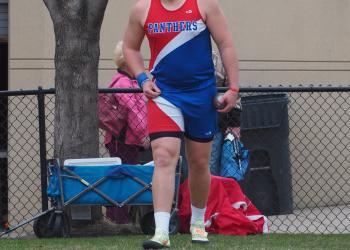 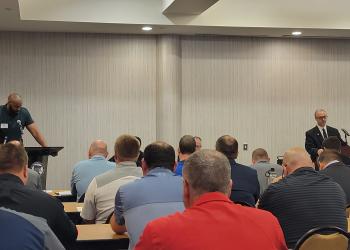