Sixteen girls tennis programs ended the 2020 season on a winning note with victories in section championship matches. While no state tournaments were held during the COVID-19 era, section play was the culminating level during the Minnesota State High School League’s abbreviated season. Here is a look at how those championship matches completed the 2020 girls tennis season:

Rochester Lourdes captured the Section 1A crown for the 25th consecutive season following a 7-0 victory over Stewartville. The Eagles (9-0) defeated Stewartville four times during the season and did not lose a set to any opponent during the fall. “I was happy to be playing, but sad that everything is coming to an end now,” Lourdes No. 2 singles player Jane Spading told the Rochester Post Bulletin. “I am going to miss everyone. But as I was playing, I was happy out there because I like this sport a lot and I just wanted to end on a positive note.” In Section 2A, Litchfield defeated Le-Sueur/Henderson for the second time this fall by a score of 6-1. The Dragons finished the season 16-1. Blue Earth Area finished the season 17-1 following a 5-2 victory over St. James in the Section 3A championship match. Blue Earth’s only loss during the season was to St. James on Oct. 1.  In Section 4A, Blake and Breck met for the championship for the sixth consecutive season. It was Blake prevailing again for the sixth consecutive season with a 4-3 victory. Blake ended the season with 12 consecutive victories after opening with a loss to Class AA power Minnetonka.  New London-Spicer (12-3) finished its season with seven consecutive victories, a spree capped by a 6-1 victory over Pierz in the Section 5A championship match. Osakis captured the Section 6A championship with a 6-1 victory over Minnewaska Area. In finishing the season 13-0, Osakis recorded seven shutouts. Pequot Lakes also finished the season undefeated following its 7-0 victory over Aitkin in the Section 7A title match. Ten of Pequot Lakes’ 13 victories were shutouts. In Section 8A, Thief River Falls captured the crown with a 6-1 victory over Roseau. The only loss for the Prowlers this season was a 4-3 setback to Crookston in the regular-season finale.

Rochester Mayo won the Section 1AA championship with a 5-2 victory over Lakeville South. The closest match for the Spartans (15-0) was a 4-3 victory over crosstown rival, Rochester Century, on Sept. 3.  Top-ranked Minnetonka won the Section 2AA crown with a 7-0 victory over Orono. The Skippers (14-0) were the Class AA runner-up to Edina in 2019. Simley edged Woodbury 4-3 for the Section 3AA championship. The Spartans finished 13-2, their only two losses to Mahtomedi during the Metro East Conference season. In Section 4AA, Mounds View (14-0) capped an undefeated season with a 4-3 victory over Mahtomedi. Wayzata, which lost three consecutive matches near the end of the regular season, completed the fall with five consecutive victories, including a 4-3 win over Maple Grove in the Section 5AA final. Edina, which won the Class AA championship in 2019 for the 22nd time since 1997, raced to a 7-0 victory over Benile-St. Margaret's in the Section 6AA championship match. Edina’s only losses during the season were to Minnetonka and Breck. Duluth East edged Elk River 4-3 in winning the Section 7AA championship match. The Greyhounds’ lone loss on the season was to Hibbing. In Section 8AA, Bemidji zipped past St. Cloud Tech for a 5-2 victory to finish the season 14-1. The Lumberjacks’ only loss of the season was a 6-1 setback to Brainerd on Sept. 22, but Bemidji reversed that with a 4-3 victory in the section semifinals on Oct. 13. 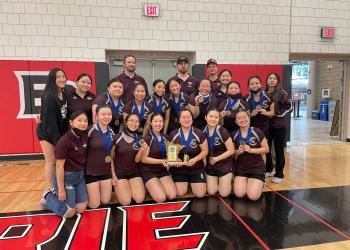 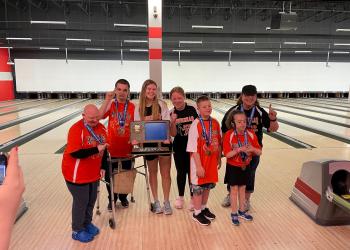 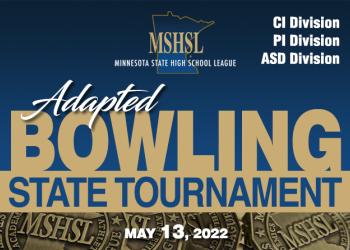