Blind Since Birth, She Will Compete At State Speech 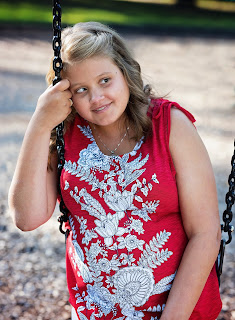 Megan Copeland has achieved a big goal this week. The 18-year-old senior at Owatonna High School will compete Friday in the Class AA state speech tournament, capping a four-year speech career with her first trip to state.

She will compete in Extemporaneous Reading, which is a challenging category. The fact that Megan is blind makes her achievement even more remarkable.

She was born totally blind due to septo-optic dysplasia but she has an infectious, can-do attitude and nothing gets in her way.

On a Tuesday evening Zoom session, Megan spent about 25 minutes preparing for state with Anderson and fellow coaches Mark Anderson (Marcia’s husband) and Katie Heinz. I was invited to watch them prep, which was followed by some interview time. Megan immediately struck me as the kind of strong, confident teenager we all would like our children to be.

She will be joined at state by qualifying teammates Fardouza Farah (Discussion), Jackson Hemann (Serious Interpretation of Drama) and Julia Christenson (Humorous Interpretation). Megan’s category involves reading from a book titled “All the Light We Cannot See” by Anthony Doerr. A major character in the novel is a blind girl who loves to read novels. Megan enjoys reading futuristic dystopian books and listening to music, particularly Taylor Swift.

In Extemporaneous Reading, every competitor (there will be 24 at state on Friday) uses the same book throughout the season. On competition days, each person learns which sections of the book they can choose from for their seven-minute reading. Megan has read and re-read the entire book multiple times, breaking it down into “cuttings” (or sections) that can be recited in the seven-minute time period and writing her own introduction for each cutting. She does it all in Braille. 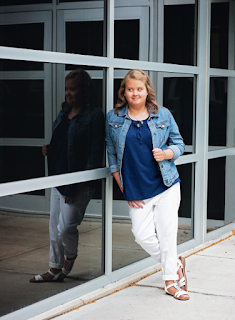 MSHSL speech competitions have been held online all season, and the state tournament will also be virtual. That means Megan doesn’t have to lug her 11-pound Braille typewriter, but it also limits interaction with other students.

“Speech was always just a way for me to make friends, and I enjoy public speaking,” she said. “And so it was just a time for me to enjoy myself and be with my friends and to do what I love.”

Megan has been speaking in front of crowds for years. Ten years ago she placed second in a national short-story contest hosted by the National Federation of the Blind, and in sixth, seventh and eighth grade she earned national honors in an essay contest sponsored by Lions International. She read her essays in front of crowds as large as 500 people.

“The more people there are, the more excited I get,” Megan told me. She said competing online is a lot different than being in person.

“You don't get to be with other teams, you don't get to meet speechies from other schools. And that’s a big part of speech. I had a friend on the Medford speech team, and we're still friends to this day. I was kind of hoping ever since I started that if I ever made it to state, I’d get to meet, hopefully, a lot of new people. That's not going to be the case, but that's OK in its own way. Because our team has gotten so close and we've bonded so well with each other now.”

Marcia Anderson said working with Megan has been “such a joy these last few years. I told her the other day that I wanted to try to figure out how we could just make her fail (in school) so that we could have another year.”

Extemporaneous readers voice several characters, and Megan is expert at bringing life to those roles. During the Zoom prep, her coaches talked about the pitch of her voices, transitioning from the narrator voice to character voices, and the proper pronunciation of “soot” vs. “suit.” Megan wore an Owatonna Huskies hoodie and a smile.

“More than anyone else on the team, she does such a beautiful job of being visual with her voice,” Anderson said. “I asked her, “How do you make your words sound so lifelike? Because we can see it and she's like, ‘Well, I don't see it, but I feel it.’ Eye contact and gestures aren't something that is meaningful for Megan, but the vocal inflection is. When she reads, she brings life into the words that other people just don't.”

When Megan finished a well-executed cutting, Anderson smiled and told her, “At least you didn’t make me cry this time.”

Another prep session was scheduled for Wednesday, and Megan asked if they could meet for a final time on Thursday.

“This is my first time going to state, and I'm super excited,” she said. “I feel like I've really grown so much over my four years, and that this is my time to shine. I'm going to rock state.”

“I asked her, “How do you make your words sound so lifelike? Because we can see it and she's like, ‘Well, I don't see it, but I feel it.’ Eye contact and gestures aren't something that is meaningful for Megan, but the vocal inflection is. When she reads, she brings life into the words that other people just don't.”
Owatonna speech coach Marcia Anderson 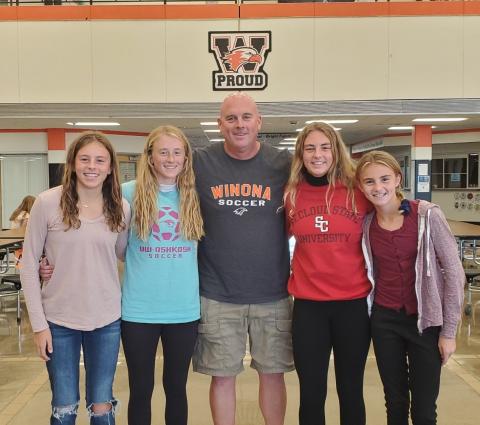 John’s Journal: The Quinn Kids Play On In Winona