John’s Journal: The Triple A Luncheon Leads To Love 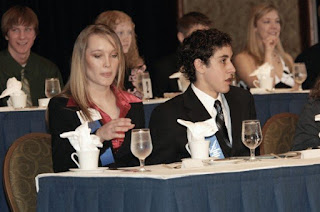 Every year, high schools across Minnesota honor seniors who excel in academics, arts and athletics with the MSHSL Triple A Award, one of the most prestigious honors for young people in our state.

Those school winners then advance to the region level, with each of the state’s 16 MSHSL administrative regions – eight for small schools, eight for large schools -- selecting one male and one female as region winners. Those 32 kids are usually brought together for a formal luncheon during the state basketball tournaments and honored at halftime of one of the championship games; that event was held virtually earlier this week due to Covid-19.

Back in 2007, Kelsey Eliason from Eastview and Noah Craft from Fridley were among the 32 Triple A honorees. Both were pole vaulters on their track and field teams; Kelsey also participated in soccer and band, while Noah also took part in cross-country, swimming, band, musicals and plays.

Kelsey and Noah happened to be seated next to each other during the luncheon. They had never met before that day; they chatted and had a good time. They stayed in touch and … well, here are portions of an email Kelsey sent to the MSHSL when the 2021 Triple A winners were announced:

I saw that the 2021 AAA Awards were just announced - congrats to all the finalists and winners! My now husband, Noah, and I have been meaning to write MSHSL to thank you for the program because it is the reason we met.

We were both finalists for the 2007 awards and were seated next to each other at the luncheon. We ended up talking the whole time and bonding over being pole vaulters. Long story short, we got engaged in August 2019 and were officially married (COVID-style with just our immediate families) in August 2020! This March marks 14 years since that day and we couldn't be more grateful that our timelines allowed us to be seated next to each other at that ceremony because our paths probably would not have crossed otherwise. 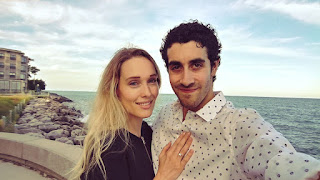 Kelsey included some photos from the 2007 event as well as more recent photos. The program from the 2007 luncheon was on display at a wedding shower last year, too.

As Kelsey wrote, Anyway, just wanted to share some wholesomeness we've been meaning to pass on to you and the MSHSL team all these years, and to let you know that your decisions in seating (when you're allowed to do in-person events again) can have lifelong impacts on some 17-/18-year-olds :D. 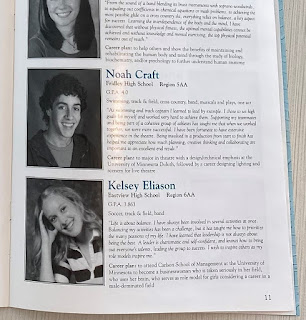 October 6, 2022 |
John's Journal
For about as long as anyone can remember, the Moose Lake-Willow River Rebels have been playing football on a spectacular throwback field tucked into a neighborhood on the edge of Willow River, surrounded by pine trees and bathed in tradition and success.