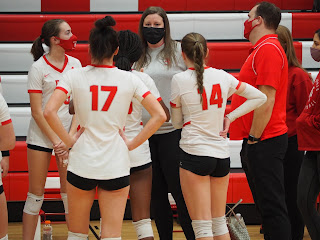 Ten years can be a long time, but Ashley Wittman Bushman’s memories of her high school volleyball days remain fresh and clear. The 2010 graduate of Shakopee High School, now an assistant volleyball coach at Benilde-St. Margaret’s, is one of the most decorated athletes in Minnesota history, leading her team to state championships in 2007, 2008 and 2009 and being honored as the Gatorade national player of the year in 2009.

Asked about those days, the memories of time with her teammates stand out much more than personal glory.

“When I think back to high school volleyball, I remember the state tournaments. We stayed in a hotel, we got to hang out with each other, the whole experience of playing in the state tournament multiple years in a row,” she said. “I loved playing with all of my teams. … I just remember so much of what I got to experience with my friends. We were all very close, hanging out all the time.”

Wittman Bushman went on to an All-Big Ten and All-American career at the University of Minnesota, where she graduated with a degree in sports management. She was a two-year Gophers team captain and played in four NCAA tournaments. She played professionally in Puerto Rico before returning to Minnesota.

“The wealth of knowledge that she has, and her experience, there’s no comparing that to anything,” said Benilde-St. Margaret’s head coach Michael Becker, who  was hired as an assistant by then-head coach Phong Luong a year before Wittman Bushman came on board seven years ago.

“Phong made some new hires,” he recalled, “and I said, ‘How did you get Ashley Wittman?!’ ”

Wittman Bushman and her husband Luke live in New Hope with their two young children. Ashley works part-time for JIT Energy Services and remains busy with her kids and coaching.

“I love it, I absolutely love coaching,” she said. “I enjoy getting out of the house, I enjoy having the connection with the girls. I’m very detail-oriented with volleyball, teaching all the skills that go along with it. I love that.”

Wittman Bushman was a four-year starter in the Shakopee lineup, growing from 5-foot-9 as a ninth-grader to 6-2 as a senior. Matt Busch, the Shakopee coach then and now, said Wittman’s passion for the game stands out for him.

“I think of nothing but sheer determination,” he said. “She lived volleyball all that time, but more importantly she worked like crazy. She was doing extra fitness training stuff for three years before she even left high school. The amount of vertical work and strength work she did was ridiculous.” 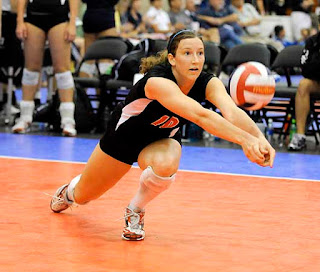 Wittman capped her high school career with an amazing 34 kills as the Sabers defeated Wayzata 3-1 in the 2009 Class 3A state championship match to cap a 32-0 season. The set loss to Wayzata was the only set Shakopee dropped all season.

“She was a six-rotation player and a darn good one right away that very first year (as a freshman),” Busch said. “From her sophomore year to senior year, the amount of strength she put on was ridiculous.”

The current players at Benilde-St. Margaret’s are aware that Wittman Bushman was a high school and college star.

“We've gone to the U and looked at her posters on the wall and stuff,” said senior Alexis Brixius. “We know she's super accomplished and we all look up to her a ton because there's not many people who have accomplished as much as her. It's super cool to get to be able to see that and be with someone who's done so much.”

Senior Josie King added, “When we’ve had scrimmages at Shakopee we always saw her name on the state championship (display). Having her as a role model and a coach to look up to, she's been a great influence on all of us. We couldn't be happier with having her around.”

That happiness goes both ways.

“Over the years it gets less and less, but they all are very aware of what kind of player I was in high school and college,” Wittman Bushman said. “I can give them advice if they’re struggling or if they’re looking to play in college. I have all these experiences and I can help with different situations.”

Becker said Wittman Bushman is the closest thing to a head coach that an assistant can be.

“Assistant coach is really an inappropriate title,” he said. “This season, with all the (Covid-19) changes, we talked before the first practice and I said, ‘Normally I’d love to sit down and talk about roles.’ But we didn’t have time to do that. The wealth of knowledge that she has, and her experience, there’s no comparing that to anything. We’re probably 50-50 if not 75 percent Ashley and 25 percent Becker in terms of coaching the girls during games and practices.

“I’ve told her that’s so good for these girls, somebody who has played at every level, has won three state championships, an undefeated season, 35 kills or whatever in a state championship match. Her responsibility is equal if not more than mine. She sees the game at a different pace than most coaches do. She does a really good job of being honest with the girls, telling them how things are going, what needs to change. If girls are struggling, she’ll give them some practical advice on how to get out of it.”

Wittman Bushman, whose children are 2 ½ years and six months old, said she may be interested in becoming a head coach at some point in the future.

“As of now I’m definitely happy to be an assistant and do just volleyball, not the administrative stuff,” she said. “With two little kids, I have plenty of time to be a head coach in the future.”

--MSHSL media specialist John Millea has been the leading voice of Minnesota high school activities for decades. Follow him on Twitter @MSHSLjohn and listen to "Preps Today with John Millea” wherever you get podcasts. Contact John at jmillea@mshsl.org
“When I think back to high school volleyball, I remember the state tournaments. We stayed in a hotel, we got to hang out with each other, the whole experience of playing in the state tournament multiple years in a row,” she said. “I loved playing with all of my teams. … I just remember so much of what I got to experience with my friends. We were all very close, hanging out all the time.”
Ashley Wittman 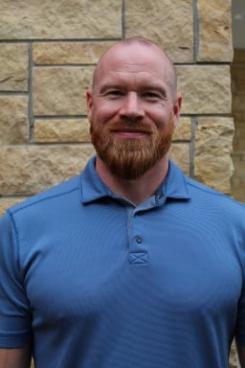 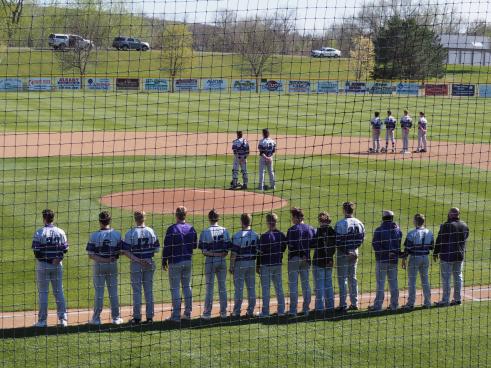 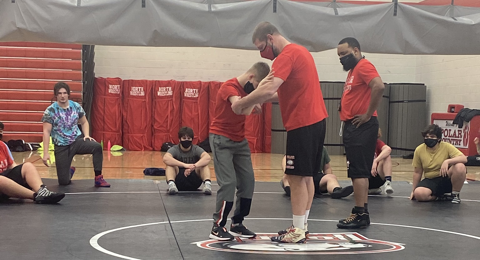