GOLDEN VALLEY, Minn. --- In continuing its Salute to Title IX, the Minnesota State High School League’s Board of Directors recognized three women that are trailblazing pioneers in bringing equitable opportunities for females in co-curricular activities. Among other business conducted today, the Board of Directors affirmed the hiring of Lisa Quednow and Phil Archer as League Associate Directors.

Title IX, the landmark federal civil rights law, is celebrating its 50th year of enactment and in a run-up to the national celebration of its passage on June 23, the League’s Board of Directors joins thousands of other high school administrative leaders across the country with tributes. Today, the Board of Directors recognized:

Also, during the meeting, the Board of Directors approved the hiring of Lisa Quednow and Phil Archer to serve the League’s member schools as Associate Directors. Quednow and Archer, both current activities administrators at member schools, were selected following a multi-level process.

Quednow, a native of Austin and graduate of Austin Pacelli High School, has served as the activities administrator at Austin High School since 2009. In addition to representing Sections 1AA and 2AA on the League’s Board of Directors, she has represented Sections 5 and 8 on the Board of Directors of the National Federation of State High School Associations. She has also served the League in roles including the Activities Directors Advisory Committee, the Education Committee, the Representative Assembly and the developing Diversity Equity and Inclusion Committee.

Prior to returning to Austin, Quednow was the women's athletic director at Riverland Community College where she also was the head softball coach and assistant women's basketball coach. In 2009, she served as the director of athletics at Clark College, a community college in Vancouver, Wash.

“I am grateful to have the opportunity to continue and grow education-based athletic and Fine Arts opportunities for students in Minnesota,” Quednow said. “I have had an incredible opportunity to serve as a leader in an amazing community of Austin as well as the Big 9 Conference and Region 1AA. I look forward to expanding relationships as I am now going to be able to serve broader communities, school districts and programs throughout the state."

Archer has been the activities director at Cretin-Derham Hall High School in St. Paul since 2017. He has a professional background that includes business, education, leadership and mentorship. Archer, a graduate of Cretin-Derham Hall, received an undergraduate degree from the University of Minnesota and studied in the graduate program at Western Illinois University. He played professional football in the NFL and NFL Europe. He is active in community volunteer leadership and mentorship with youth programs that include Boys and Girls Club and Bolder Options.

Archer, also a member of the League’s Diversity Equity and Inclusion Committee, also has football coaching experience at Macalester College.

“I am honored to have the opportunity to build relationships and serve the member schools and Minnesota’s high school students on behalf of the Minnesota State High School League,” Archer said. “I’ve been blessed to have Lisa Lissimore, Craig Perry and Jodi Redman lead and set an example for me to follow as an activities administrator. As they have moved into retirement, I hope to honor them and others that came before me by working to make sure that Minnesota not only stays at the forefront of high school activitiy associations, but grows and continually resets the standard of expectation for co-curricular activities across the country.”

In other personnel action, the Board of Directors also approved the hiring of Randi Hill as an Administrative Assistant to fill one of the positions vacated during the pandemic.  Hill is the current community coordinator at Jackson Middle School in the Anoka-Hennepin School District.

The Board of Directors reviewed several policy proposals in Alpine Skiing, Boys and Girls Basketball, Dance and Wrestling. Included in these proposals are the implementation of tie-breaker criteria in the state Alpine Skiing meet, opportunities for conferences to use the 35-second shot clock next season in Boys and Girls Basketball and opportunities that would permit girls on a wrestling team to compete in four girls-only wrestling meets without counting toward the 16 allowed team events each season. All girls would still be held to the 16-event and 45-match individual limits in the current bylaw. 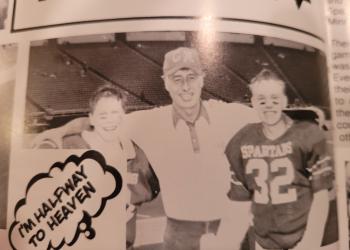 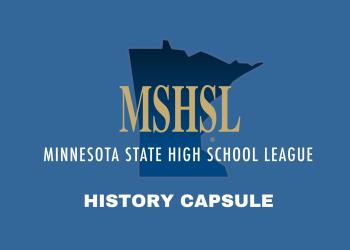 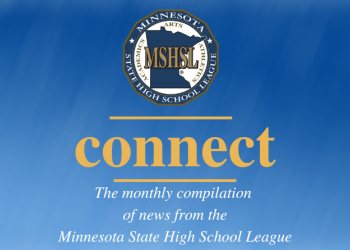