The Debate State Tournament, the Minnesota State High School League’s longest-running event, marks its 121st anniversary. For the second consecutive year, the entire tournament will be conducted in a virtual format because of the COVID-19 pandemic. The competition rounds will take place at tabroom.com, while the award ceremonies will be conducted via Zoom.

The schedule: The tournament opens with preliminary rounds in all four divisions – Policy, Lincoln-Douglas, Congressional, and Public Forum – on Friday, Jan. 14. On Saturday, Jan. 15, is one additional preliminary round in Policy followed by the quarterfinals at 12:15 p.m. The semifinals and finals will take place at 2:45 p.m. and 6:00 p.m. Lincoln-Douglas and Public Forum start with two additional preliminary rounds on Saturday morning with quarterfinals beginning at noon. Semifinals and finals will be conducted at 2:30 p.m. and 4:30 p.m. Congressional Debate has three sessions on both Friday and Saturday. That category concludes with a second Super Session at 3:30 p.m. on Saturday. All award ceremonies will be conducted after the finals in each respective event.

Policy: Clara Conry of Minneapolis South is in the hunt for her third title. She won with Gabe Chang-Deutsch in 2020 and 2021 and will compete with Annabelle Niblett this year. Niblett also has past Policy experience; she was defeated in the semifinals last year. Conry and Niblett will face tough competition from Eric Li and Archan Sen of Eagan, who claimed runner-up honors last year. Two additional competitors that lost in the quarterfinals last year return with different partners. Michael O’Neil of Roseville Area will pair with Jasper Peterson-Hartman, and Sabeeh Mirza of Edina will team with Joe Randa.

Lincoln-Douglas: Two competitors return from the 2021 finals field. Nora Bolsoni of Apple Valley and Avery DeWitt of St. Croix Preparatory Academy both lost in the quarterfinal round.

Public Forum: Blake's Skylar Wang returns in search of more gold. She won with Joshua Enebo in 2021 and will compete with Elizabeth Terveen this year.

The final returning competitor is Malaya Galindez of Eastview. She lost in the 2021 quarterfinals and will form a duo with Caden Hubbs this year.

For past tournament results and historical information, please visit https://bit.ly/21Debate. 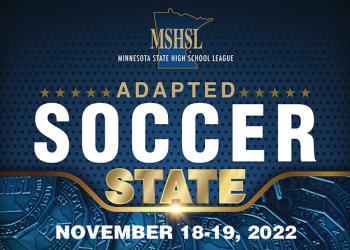