For the second time in the nine-year history of the Minnesota State High School League’s Clay Target State Tournament, it was crowded at the top of the leaderboard. In a feat that matches what occurred in 2018, five champions were crowned in the individual competition following the conclusion of the one-day state tournament on Friday, June 24, 2022 at the Minneapolis Gun Club in Prior Lake.

All five finished with perfect scores of 100, including Wayzata’s Davis Hay, who earlier in the day recorded the same score in leading the Trojans to the team crown. Joining him with blue-ribboned gold medals were Lakeville South’s Benjamin Nachreiner, Stillwater’s Carter Sampson, Benson’s Anthony Klassen and Staples-Motley’s Keith Rollins.

“Every championship is special,” said John Nelson, president of the Minnesota Clay Target League. “When history is made or matched, it illustrates how dedicated these participants are to excelling in competition. These kids are amazing.”

Rounding out the top eight individuals, which earns them a spot on the Fleet Farm Top Gun All-State Team, were sixth-place finisher, JP Paumen of Norwood-Young America; Cooper Johnson of Pequot Lakes in seventh place; and Forest Lake’s Cody Frerichs. They had scores of 99 with reverse runs of 98, 88 and 76, respectively.

“What an incredible thing for Minnesota to be the only state association in the country to offer this great activity for students,” Nelson said. “Our numbers continue to grow and providing another co-educational opportunity is a wonderful thing. What a rewarding thrill to be a part of it.” 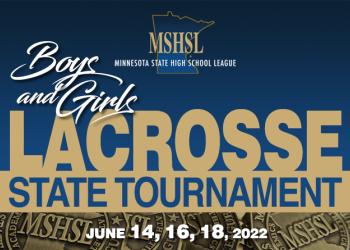